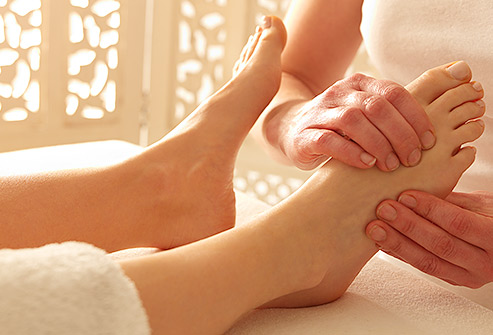 Research studies in the U.S. and around the world indicate positive benefits of reflexology for various conditions. In particular, there are several well-designed studies, funded by the National Cancer Institute and the National Institutes of Health that indicate reflexology’s promise as an intervention to reduce pain and enhance relaxation, sleep, and the reduction of psychological symptoms, such as anxiety and depression. Perhaps the most beneficial results have been in the area of cancer palliation (Ernst, Posadzki, & Lee, 2010).

Kunz and Kunz (2008) have developed a summary of 168 research studies and abstracts from journals and meetings from around the world. Many of these studies originated in peer-reviewed journals in China and Korea. All of the studies had information about the frequency and duration of the reflexology application.

Based on the studies they reviewed, Kunz and Kunz identified four primary effects that reflexology demonstrates:

Here are some research examples that show reflexology to be effective for a wide variety of health concerns.

Anxiety
Williamson et al (2002) found that both reflexology and foot massage reduced anxiety and depression in postmenopausal women. In addition to this study, see the studies listed under Cancer Treatment.

Cancer Treatment
These studies showed reduction of pain, nausea, diarrhea or constipation, and improved quality of life with reflexology.

Kim, Lee, Kang, Choi, and Ernst (2010) reviewed one randomized clinical trial (RCT) and three nonrandomized controlled clinical trials (CCTs), the only studies out of 60 potential studies to meet their criteria of controlled quantitative trials wtih physical or psychological outcomes. The studies showed significant reduction in pain, nausea/vomiting, and fatigue with reflexology, and improved sleep and mood. In short, all four studies suggested beneficial effects of reflexology for women with breast cancer. The problem, according to the authors, is that the flaws in the studies jeopardize the validity of their results. The RCT was rigorous, but because of its study design, it was “unable to demonstrate specific therapeutic effects of reflexology” (p. 329). Kim and colleagues contend that the CCT results suffer from selection bias.

Key to the understanding of these studies, and to the interpretation of all of the studies discussed in this section, is that it is terribly difficult to plan and execute a well-designed study that meets all of the parameters. These authors state that “the main limitations of the included studies were small sample sizes, inadequate control for nonspecific effects, a lack of power calculations, and short follow-up or treatment periods” (p. 329). Given that RCTs are the gold standard, blinding is always an issue. Inadequate blinding and inadequate allocation concealment are factors that could also contribute to selection bias, leading to enhanced treatment effects. The authors also suggest that studies should discuss adverse effects of the treatment, even if there are none. Their final conclusion, based on these four studies, was that there is “insufficient evidence for the effectiveness of reflexology as a symptomatic treatment for breast cancer. The risk of bias in the primary data that exists is high” (pp 329-330).

Cardiovascular System
Frankel (1997) conducted a pilot study to identify the effects of reflexology and foot massage on the physiology of the body, measuring baroreceptor reflex sensitivity and the link between pressure to the feet, as well as the baroreceptors of the heart (neurons).

Results showed that pressure sensors in the feet are linked to the same part of the brain as the baroreceptor reflex. This small, single-blinded study included 24 subjects – 10 received reflexology, 10 received foot massage, and 4 were the control.

Diabetes Type II
Ying (1998) conducted a controlled research study on reflexology and blood flow in patients with Type II Diabetes. Pre- and post-session, blood flow rate, time and acceleration were tested by Doppler ultrasonic equipment. Results showed that the blood flow improved for 20 patients receiving reflexology (there were 15 patients of normal health in the control group). This is a small sample however.

Migraine/Tension Headache
Brendstrup & Launse (1997) conducted a study in which 78 reflexologists treated 220 patients, the majority of whom had moderate to severeheadache symptoms. Three months after completing a reflexology session, 65% of patients reported that reflexology helped with symptoms, 19% stopped taking headache medications, and 16% stated that reflexology was a “cure.”

Testa (2000) conducted a blind, random trial, in which 32 patients with headaches were evaluated after a session with foot reflexology and at a 3-month follow-up. Results showed that foot reflexology was at least as effective as drug therapy (Flunarizin).

Kidney Function
Sudmeier et al. (1999) conducted a study with 32 healthy subjects. The blood flow of the three vessels of the kidney was measured before, during, and after foot reflexology using Doppler sonography. Results showed that organ-associate foot reflexology is effective in increasing renal blood flow during therapy (which helps the body transport nutrients to cells and remove wastes).

Physiological Research
Dr. Jesus Manzanares, a physician from Spain, has spent years studying the neurophysiological basis for reflexology. Dr. Manzanares’ research has identified and biopsied deposits (which reflexologists have traditionally referred to as “crystals”) that were located in reflex areas of the feet. These deposits are associated with pain, contain nervous fibers, and have different characteristics based upon their degree of acuity or chronicity (Manzanares, 2007). A brief overview of his unpublished work can be found at his website (www.manzanaresmethod.com).

Using thermographic pictures of the soles of the feet before and after reflexotherapy, along with similar pictures of the spinal column, Dr. Piquemal was able to show a change in the thermal pattern on the sole of the feet “that was reflected on the skin of the back for each of the five selected [cutaneous] zones” (2005). The importance of this research is that it ties reflexology work on the feet to blood flow of inner organs (lung, liver, stomach, pancreas, and small intestine), either through vasoconstriction or vasodilation via the autonomic nervous system. It appears that reflexology may be able to play a role in regulating blood flow disturbance, at least to these organs.

Premenstrual Syndrome (PMS)
Oleson & Flocco (1993) conducted a randomized, controlled study with 35 women with 38 premenstrual symptoms. The women recorded their symptoms on a 4-point scale in a daily diary. Symptoms were recorded for two months before reflexology therapy, two months during, and two months after. Results showed that 46% of the women had improved symptoms (such as less anxiety, depression, fatigue, or difficulty sleeping) with reflexology alone.

In an article entitled “The Saline Solution?” Andrew Weil, MD, commented, “After two weeks of daily treatment, more than 70% of those practicing nasal douching reported improved symptoms. But surprisingly, the group that practiced reflexology massage – pressure to feet or hands, appeared to fare equally as well. The unexpected results for this technique may prompt further research.”

A systematic review of reflexology studies was conducted by Ernst, Posadzki, and Lee (2011) to summarize and critically evaluate the effectiveness of reflexology in the treatment of human conditions. Twenty-three RCTs met their inclusion criteria, with 8 suggesting that reflexology had beneficial effects, 14 showing no effectiveness, and one being equivocal. Ernst and colleagues stated that in general, the quality of the studies was poor. Some of their observations are listed below: 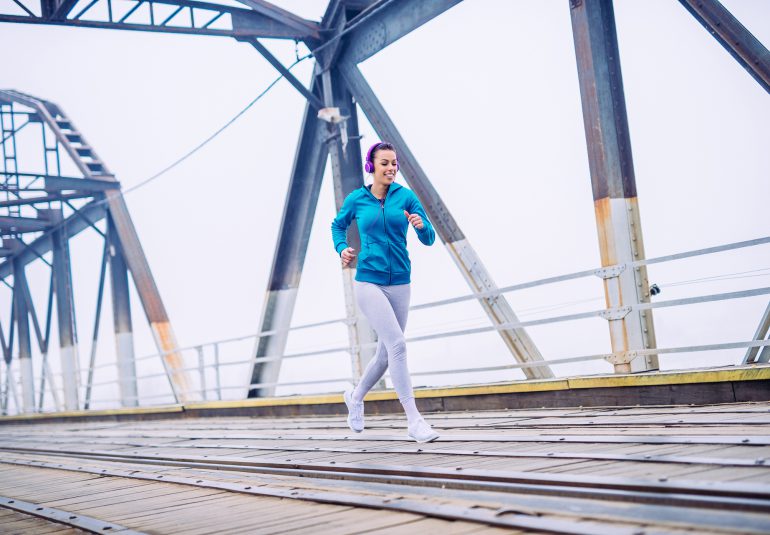 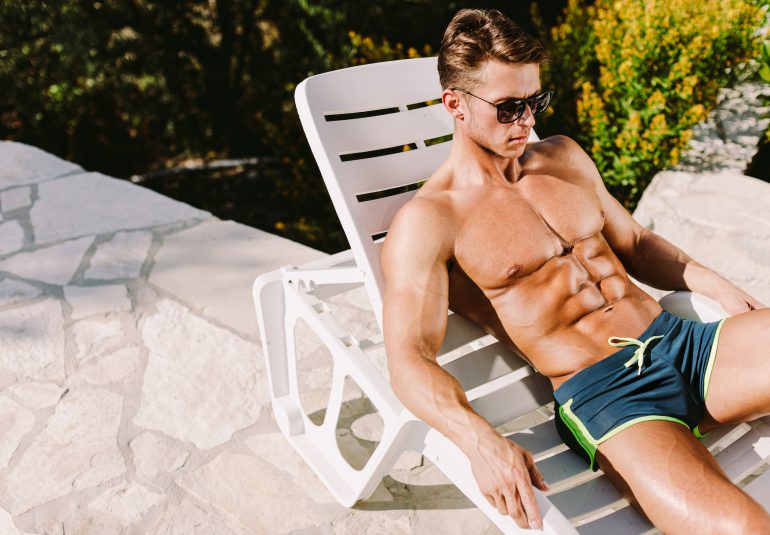